Covid-19 and the International Community’s response and responsibility

On 11 March 2020, the World Health Organization (“WHO”) confirmed that Covid-19, or acute respiratory disease from SARS-CoV2, can be characterized as a pandemic and WHO has urged all countries to double their efforts instead by strengthening preventive measures, implement active surveillance, work to identify cases early, isolate them following appropriate management and containment procedures, and accurately trace close contacts among the population to prevent further spread[1]. The virus has endangered the entire world population and governments responses in the past few months have highlighted the positive and negative facets of the organizational structure of their economic, political, social and healthcare systems.

The United Nations Secretary General António Guterres has described the response of many governments as “A human crisis that is fast becoming a human rights crisis.” De facto, a recent UN report has warned of “aggressive cyber-policing and increased online surveillance” during COVID-19 lockdowns, raising doubts on what compromise is acceptable in the balance between public health interests and fundamental privacy rights, and has presented how 57 nations have closed their borders and made no exceptions for people seeking asylum.

Within this complex and sui generis scenario, how have the international institutions, that should form the architecture of world governance, reacted?

Given that the virus does not have to respect inter-state borders, states should promote a common policy of international co-operation. However, the international bodies potentially capable of promoting this goal, unfortunately, have highlighted their intrinsic limitations.

The UN General Assembly, on April 2, adopted a partially effective resolution, entitled “Global solidarity to fight the coronavirus disease 2019 (COVID-19) COVID-19) pandemic”[2]. The impotence of the UN Security Council was determined by Russia, which did not support the proposal to bring together the Council, and by China, which feared complaints about its initial handling of the contagion, and consequently did not adopt any resolution.

If we consider what had happened with Ebola, an epidemic that the Council had qualified as a threat to peace and international security in the res. 2177 of 2014 and had subsequently asked States to provide massive health aids, however censoring the closure of the borders of the countries involved, we need to think about how to restructure the sectors of intervention of the UN[3].

The United Nations was created to prevent the recurrence of tragedies such as that of the Second World War and has the main purpose of avoiding the use of the armed force (art.1.1 UN Charter), attributing its monopoly to the Security Council. More than 70 years after its birth, the time has come to rethink its architecture, identifying other sectors of vital importance for the survival of humanity.

If the UN has shown structural response inefficiencies in this situation, WHO has jointly and consequently highlighted its limits. In recent months, the WHO, to facilitate the fight against the virus, has published a series of acts in the form of technical guidance, situation reports, press releases with reliable data and information, suggestions and statements by the Director-General himself, dr. Tedros Adhanom Ghebreyesus, which however do not constitute binding acts, aimed at guiding the conduct of the Member States and private individuals[4].

Furthermore, WHO does not have autonomous investigative powers within States, which could be facilitated by UN resolutions on the merits, but can only rely on the reports that the latter are required to send according to what is established by international health regulations (all of which were reviewed in 2005, after the Sars epidemic). Consequently, on April 8, Trump accused the WHO of being reticent and threatened the reduction of US funds to the Organization, further referring to information that accused Beijing to have kept the data of the epidemic hidden, preventing a timely contrast action.

Considering the weak response of the international community, and the tensions created between states such as China and the USA, are there international jurisdictional bodies competent in the merits of the dynamics caused by Covid-19?

Recently, the European Union has aligned itself with the US call for an in-depth investigation involving China to understand exactly where the SARS-CoV-2 virus has come from. Ursula von der Leyen and Charles Michel reiterated this on the eve of the G7 meeting.

Firstly, one should assert whether China, assuming that the responsibility for causing the pandemic is attributable to it, could be convened before the ICJ – International Court of Justice. Secondly, and most importantly, it would have to be proved whether the ICG had expertise in the matter.

As for the merit, it would be necessary to prove not only that Beijing failed to promptly communicate the epidemic to the WHO, but also, and above all, that it subsequently attempted to prevent the disclosure of the news by the health authorities.

The American NGO Freedom Watch Inc. has sent a complaint to the prosecutor of the International Criminal Court to undertake investigations (proper motu ex art. 13 lett. C) and art. 15 (Rome Statute) to ascertain the responsibilities of Chinese political and military leaders, who are allegedly responsible, according to the NGO, for experimenting with the coronavirus as a biological weapon[5].

In this case, it is necessary to ask whether this behaviour (always admitted and not granted that it is proven, given that the thesis of the experimentation of the coronavirus as a biological weapon has been denied by many parties and even by China) constitutes an international crime under the jurisdiction of the ICC. Above all, how could the jurisdiction of the ICC be founded, not having China ratified the founding statute?

The hypothesis of China’s lack of diligence in promptly informing WHO and in adopting adequate measures to limit the spread of COVID-19 could therefore constitute an internationally illegal act. While the consensual nature of the international jurisdiction makes it highly unlikely that a dispute against China is going to take place before the International Court of Justice (CIG) or other international judicial forums, actions for damages against the Chinese state have already been brought by private individuals in several countries, re-proposing the delicate issue of the relationship between state immunity from civil jurisdiction and the right of access to justice

This scenario is giving the unrepeatable opportunity for these organizations to re-evaluate the state of law that permeates the international community, and, as stated by Francesco Rocca, President of the International Federation of Red Cross and Red Crescent Societies (IFRC): “Covid -19 is a wake-up call to the international community. There is an urgent need for global solidarity to address this pandemic […] COVID-19 is changing our communities and we need to plan, together with Institutions, a social response before it is too late “[6]. 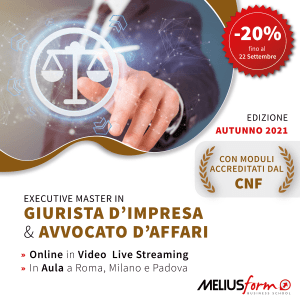