Gender-based violence under international law: the case of Italy

In Italy, between 2000 and 2018, more than 3100 women were killed. According to a research made by EURES, in 72% of cases, murders happened within the family environment and were perpetrated by their partner or former partner.[1] In 92% of cases, these women died at the hands of a man.[2] According to Italian National Institute of Statistics (ISTAT), the fact that crimes against women happen mainly, and most exclusively, within their family environment does not allow the policies taken at national level in the field of security and fight against organized crime to have a positive impact and to contrast this kind of crimes.[3] On the other hand, only in rare occasions men are killed by their partners (male or female): 8 cases out of 237 homicides.[4]

On 10 June 1985, Italy ratified the United Nations Convention on the Elimination of All Forms of Discrimination against Women (CEDAW), adopted in 1979 by the UN General Assembly, which defines what constitutes discrimination against women and sets up an agenda for national action to end such discrimination. As the Convention aims to combat discrimination against women (defined as “any distinction, exclusion or restriction made on the basis of sex which has the effect or purpose of impairing or nullifying the recognition, enjoyment or exercise by women, on a basis of equality of men and women, of human rights and fundamental freedoms in the political, economic, social, cultural, civil or any other field”), its Article 6 focuses on the concept of gender-based violence, intended as “violence that is directed against a woman because she is a woman or that affects women disproportionately”.

By ratifying the CEDAW, Italy committed to undertake a series of measures to end discrimination against women in all forms as, among the others, to incorporate the principle of equality of men and women in Italian legal system, to abolish all discriminatory laws and adopt appropriate laws prohibiting discrimination against women, to establish tribunals and other public institutions to ensure the effective protection of women.[7] Italy is, since 1985, legally bound to put CEDAW’s provisions into practice, and to submit national reports (at least every four years) on measures it has taken to comply with the treaty obligations.

Later, in 1993, the UN Declaration on the Elimination of Violence Against Women, set out, in its Article 1, the first internationally agreed definition of violence against women, identified as “any act of gender-based violence that results in, or is likely to result in, physical, sexual, or psychological harm or suffering to women, including threats of such acts, coercion or arbitrary deprivation of liberty, whether occurring in public or in private life”.[8]

The Convention aims to “prevent violence, protect victims, and to end with the impunity of perpetrators”; the structure of this legal instrument is, indeed, based on the “four Ps”: Prevention, Protection and support of victims, Prosecution of offenders and Integrated Policies. Also, the Convention mandates an independent expert body, the Group of Experts on Action against Violence against Women and Domestic Violence (GREVIO), with monitoring the implementation of the Convention.

Article 3 of the Convention defines “gender-based violence” as “violence that is directed against a woman because she is a woman or that affects women disproportionately”, and “violence against women” as “violation of human rights and a form of discrimination against women and shall mean all acts of gender-based violation that result in, or are likely to result in physical, sexual, psychological, or economic harm or suffering to women including threats of such acts, coercion or arbitrary deprivation of liberty, whether occurring in public or private life”.

Since the 1990s, the Council of Europe has undertaken a series of initiatives to promote the protection of women against violence, such as the 2002 Council of Europe Recommendation Rec(2002) 5 of the Committee of Ministers to member states on the protection of women against violence, and a Europe-wide campaign from 2006-2008 to combat violence against women, including domestic violence.[10] The latter, in particular, showed a large variation of national responses to domestic violence; thus, it was necessary to harmonize legal standards to ensure that victims benefit from the same level of protection everywhere in Europe.

As Italy ratified the Istanbul Convention in 2013, it is legally bound to respect all its provisions. Unfortunately, domestic violence against women is still widespread in Italy, in spite of several legislative measures and policies being adopted to tackle it.[11] The Italian system for protecting women who are victims of domestic violence is still “insufficient and inadequate”, as it has been defined in the case Talpis v. Italy, where the European Court of Human Rights (ECtHR) found Italy guilty of violating the right to life and the prohibition of inhumane, degrading treatment, as well as the prohibition of discrimination, because Italian authorities had failed to intervene to protect a woman and her children, victims of domestic violence perpetrated by her husband.[12] The Court stated that the Italian authorities failed to provide Ms. Talpis effective protection, thereby promoting the impunity of her husband, which continued until the attempted murder of the plaintiff and the murder of one of her children. As the ECtHR noted, the “tangible application of the laws is indeed slowed down or even prevented by prejudices and discriminatory stereotypes against women who continue to suffer violence and discrimination because they are women”.

Notwithstanding international treaties that bind Italy to implement policies to protect women and girls against gender-based violence, the path to follow is still long.

[3] It must be added that national policies to enhance national security and to fight against organized crime have caused an enormous contraction in the number of murders perpetrated against men.

[7] See UN Women, “Convention on the Elimination of All Forms of Discrimination against Women”, available at:

[8] See UN, Declaration on the Elimination of Violence against Women”, available at:

[9] See Council of Europe, “Chart of signatures and ratifications of Treaty”, available at: https://www.coe.int/en/web/conventions/full-list/-/conventions/treaty/210/signatures 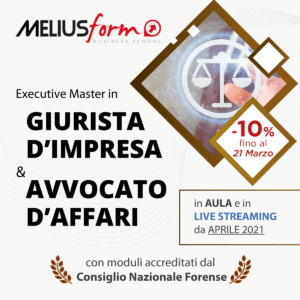