Justice is a complex concept. According to Zygmunt Bauman, justice is an “incomplete project”, “incomplete in a radical sense, since it is the very essence of justice to be incomplete.” It is a special kind of “Sisyphusian project”, due to which “we must completely deconstruct the positive law in order to get closer to justice. In other words, we must strive to reduce the distance between the ‘is’ and the ‘ought’, although that distance can never be eliminated.”[1] In this ambitious path towards the impossible, the evolution of society cannot be left aside. In particular, globalisation has played a key role in the recent years, inviting, and even obliging us, to “look beyond”.[2] It is, in fact, important to realise that this transformation of the economy itself has created a series of totally new connections that transcend state areas and the traditional one-to-one mindset we are used to.

From a society based primarily on individual relationships, we are now presented with one where distances are annulled, with a progressive irrelevance of the political boundaries between states and a continuing loss of importance of territoriality (the so-called “soft sconfinamento”).[3] One of the main features of such a “modern global world is that its casual relations are highly ramified and complex”, being, thus, extremely difficult to grasp the concrete “cause-and-effect relations”, whose understanding is demanded by every justice system.[4] In the absence of such a perception, it becomes alarmingly complex, if not impossible, to fully appreciate not only the main ethical problems of our world, but even the mere concrete issues of everyday life.[5] The current global covid-19 pandemic is nothing but a further example of how easily relationships are created, how fast people, goods, information and even diseases travel across the globe and, most importantly, how interconnected everyone is.

2. From a Legal Standpoint

From a legal standpoint, this fragmentation of society and fundamental, uncoordinated and totally unpredictable assembly of relations entails the necessity to reassess the traditional mindset and, more specifically, the idea that litigation, as well as the protection of rights in general, should be conducted singularly.[6] In particular, mass harm situations, which are typical of the globalised society, clearly show how inadequate some rights may prove to be once, for instance, a single consumer is expected to sue, alone, a business corporation for only a few hundreds of dollars or even tens.

A similar situation may arise from environmental damages or harms caused by defective products, too, when individual victims can, on paper, bring a lawsuit, but, in reality, find several obstacles which eventually push them to desist. The most common examples of these “barriers” to effective justice are information on the available protective mechanisms, knowledge or capability to untangle in the constitutive complexities of the judicial and legal system, the costs of litigation (attorney fees in particular, but also the financial capability to wait years for an enforceable decision) and the different parties’ litigative experience.[7]

Moreover, even if individually affected parties – against every rational incentive – decided and managed to successfully sue their large corporate opponent, their redress would only entail nothing but a mere, “insignificant fragment”[8] of the damage involved. The defendant wrongdoer, on the other hand, would not be discouraged at all from continuing to pursue its harmful activities, whereas all the other hundreds and, potentially, tens of thousands of affected individuals, on the other hand, would not receive any compensation for the damage suffered.

As a result, an aggregation of claims should be the preferred route, thus permitting all those individuals who count on the same legal reasons, for the same factual circumstances, towards the same person or (usually) entity to bring a common lawsuit or, in any case, seek redress together.

Collective redress, hence, starts as an idea. It is part of the terminology itself that such a concept is more than ordinary “redress”. It is the realization that there is “strength in numbers”. It is recognizing that, at least in certain peculiar, standardized social and, therefore, legal situations too, aggregation of claims can be a powerful tool to climb otherwise unsurmountable barriers. It is, quite simply, a question of efficiency: numerous voices speak louder than one.

3. The US Class Action Model

Any reflection on mass dispute resolution and collective redress should certainly begin with the U.S. model of class actions.[9] In fact, even though multi-party claims existed way before 1966, it was only then, when the modern U.S. class action Rule[10] was adopted, that group litigation, for the first time in history, found a proper and powerful tool, thus managing to become a concrete reality in both the U.S. and the international legal landscape.

Since then, its outstanding success has proved it to be an extremely powerful device under the right circumstances, with, nonetheless, worryingly dark incentives, which, in certain cases, can lead the way to abusive practices (especially from “buccaneering attorneys”,[11] trying to speculate at the expense of the class’ interests). Moreover, the U.S. Supreme Court’s recent approach to arbitration clauses in adhesion contracts forbidding class proceedings – in a jurisprudence still to fully consolidate – has opened the door to serious justice loopholes for corporate defendants, in the consumer or employment law field, above all.

Starting in the early ‘90s, the debate moved across the Ocean, on the European shores too.

Here, the continental approach was from the very beginning harshly critical towards the class action mechanism, even defined as a “toxic cocktail”,[12] because of the abusive incentives it sets. Nonetheless, the necessity for a collective form of protection was evident and, consequently, different models have spread during the years, both proposed at EU level and autonomously set at national level.

The result today is an extremely uncoordinated, confused and unbalanced legal landscape, where different Member States proceed not only at different paces, but also in different directions. This entails severely diverse degrees of justice provided to EU citizens simply because of the country they reside in. The EU so far has completely failed to harmonize such a complex landscape. The 2013 EU Recommendation was a coherent work, but its lack of bindingness fundamentally crippled it from the start. The now-discussed draft Directive on Collective Redress – expected to enter into force in 2021 – will certainly bring improvements from this point of view, although several doubts remain on its ability to set a sufficiently high series of common standards, without creating new abusive incentives for litigation forum-shopping.

Moreover, cross-border disputes do not appear to be adequately addressed. This leads to the reflection that transnational cases are not properly regulated, hence leaving a serious vacuum in the legal landscape. The recent scandals (such as the Volkswagen Dieselgate from 2015) have proved how uncomplicated it is for large multinational companies to escape their responsibilities towards harmed stakeholders and hide beneath the lack of a comprehensive, unitary tool to use in these ever-growing circumstances. The absence of correct legislation on the matter and, in particular, the binary mindset characterising the EU Brussels and Rome Regulations are probably among the main factors for this. Initiatives such as the Hague 2019 Convention “on the recognition and enforcement of foreign judgements” can become important instruments (although very few and small countries outside the EU appear to be willing to sign it), but probably, starting at EU institutional level, something more to align the legislative provisions to the new global, fluid and interconnected social and economic context needs to be done.

All the while, alternative ideas to ordinary litigation are growing in different parts of the world, from several scholars, practitioners and institutions. This is perfectly in line with Mauro Cappelletti’s third wave of the access to justice movement[13] and, if embraced by all the relevant stakeholders (governmental authorities and legislators, in particular), such devices could lead indeed the way to more efficient solutions. In particular, as some authors have suggested, a “multi-layered framework of regulation, law-making and law application”[14] may be the answer, with different and ready-to-use options to choose among, with regards to the peculiarities of the single mass harm situation.

It is correct that much still needs to be done and that great room for improvement exists. It is also accurate to say that, far too often, even when formal “access to justice” is present, no concrete delivery of justice is possible. On the other hand, however, all the progress that has been achieved must not be forgotten. In fact, if today’s situation is compared to that of a decade ago, 2010, the expectations for 2030 – which coincides with the UN’s deadline for the accomplishment of its 17 “Sustainable Development Goals”, among which stands out Goal 16, dedicated to the promotion of peace and the provision of access to justice for all – cannot be that pessimistic either.

In conclusion, it is true, as some have defined it, that “developing general principles that transcend the national context seems [like] a utopian, at least herculean, effort.”[15] Still, it does not mean that we should stop trying and, above all, it does not entail that, step by step, model by model, David’s sling cannot be properly carved to fight Goliath’s abusive actions.

[4] HARARI Y.N. (2018). 21 Lessons for the 21st Century, Lesson 16. Notable examples from everyday life from the same author are those regarding the clothes one wears, the food one eats, the investments one’s retirement fund is pursuing. In fact, one may not think about it, but, although indirectly, finance activities on the other part of the world which, if aware, would be horrified to know about, such as wars, slavery or abusive child work [see also: TIMMERMAN K. (2012). Where Am I Wearing? A Global Tour of the Countries, Factories, and People That Make Our Clothes”, Wiley, Hoboken; Idem, (2013). Where Am I Eating? An Adventure Through the Global Food Economy, Wiley, Hoboken].

[6] HARARI Y.N. and CAPPELLETTI M., GARTH B. (1978). Access to Justice: the Newest Wave in the Worldwide Movement to Make Rights Effective, Articles by Maurier Faculty, 1142.

[7] Supra. With regards to the different parties’ litigative experience, the authors, in other works, too [CAPPELLETTI M. and GARTH B. (1978). Access to Justice, 4 volumes in 6 parts, for instance], stress how individual claimants usually are “one shot players” in the litigation context, while corporate defendants are “repeat players”, hence with more experience and long-standing relationships with the operators of the sector, which put them in an advantaged position.

[10] Rule 23 from the Federal Rules on Civil Procedure was first adopted in 1938. However, it was only in 1966, when it was amended and the opt-out model was introduced, that the door to class action’s huge and immediate success as an extremely powerful new tool was opened. The difference between the opt-out and opt-in approach stands in the fact that, with the former, all potential class members are considered to be part of the class unless they ask to be excluded from it, while, with the latter, they become part of the class only if they ask to. Consequently, the opt-out approach makes it increasingly easier to gather large numbers of class members, although raising different due process concerns (especially on the issue of representativeness and of absent class members). 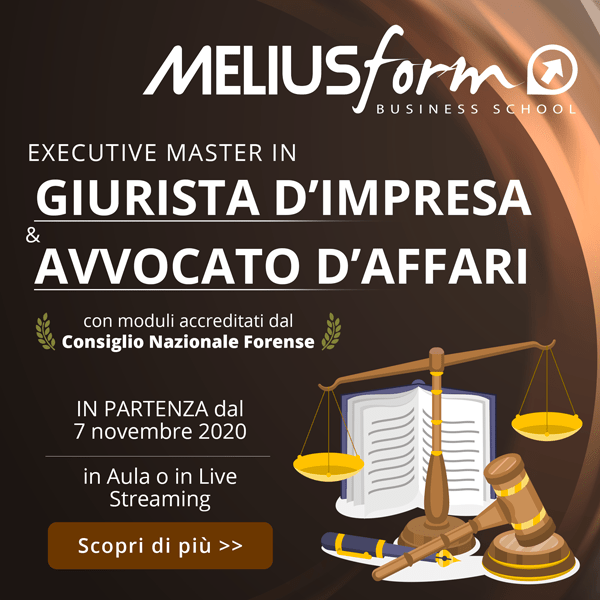