How Brexit will impact the UK fashion industry import/export

The British fashion industry, after Brexit, did not make a secret of its desire to remain in the European Union[1], considering that is a £28 billion sector in UK, where three quarters of materials used in the UK manifacturing are imported[2].

Yet, there is no room for a step back anymore so, how is the fashion industry preparing as we enter the final countdown to Brexit? Following a brief overview of the current temporary situation, this article will focus on the changes that this sector will face in regards to the import/export of fashion industry products. Specifically, the challenges will be analysed according to the Withdrawal Agreement and the European Commission’s formal communications.

During this transition period, the United Kingdom is still part of the EU Single Market and Customs Union. Hence, there are currently no customs formalities for goods moving between the United Kingdom and the European Union. This because the Withdrawal Agreement enables goods placed on the market before the end of the transition period “to continue to be further made available on the EU or UK market until they reach their end-user, with no need for re-certification, re-labelling or product modifications”[5].

The end of transition period on 1 January 2021 represents the fact that the United Kingdom will no longer participate in the EU’s Single Market and Customs Union, nor in Union policies and programmes[6], nor benefit from the Union’s international agreements. This choice was confirmed by the United Kingdom’s government in its approach to the negotiations on the future relationship with the European Union, published on 27 February 2020 as well as in later statements by the UK government.[7]

In a sector where the crucial decisions must be taken seasons in advance, the reliability of policies are pivotal. The transition period, needed to provide legal certainty in important areas and define a new partnership between EU and United Kingdom have been seriously affected by the difficulties resulting from the coronavirus pandemic. This implies that, aside from the first negotiation round, the following three rounds had to be held by videoconference. Hence, the time between the first and the subsequent rounds of stipulation was longer than originally hoped and intended.

After a first slowdown, negotiations have shown little progresses during the summer thanks to specialised sessions scheduled each week  since 29 June 2020, even if the Uk Prime Minister has shown a non collaborative attitude during the last weeks[8].

Undoubtedly, the United Kingdom leaving the Single Market and Customs Union will create barriers to trade and to the cross-border mobility of fashion goods that do not exist anymore within Europe. A large amount of changes will be needed in both directions, from the United Kingdom to the European Union, as well as from the European Union to the United Kingdom. Companies working in the textile sector must take actions now to be ready once the measures will be inevitable, to ensure continuity apart from potential following agreements at National level in this sector.

The EU custom formalities will apply to all goods entering or leaving the European Union borders from/to the United Kingdom and, as highlighted by the European Commission[9] , “this will happen even if an ambitious free trade area is established with the United Kingdom, providing for zero tariffs and zero quotas on goods, with customs and regulatory cooperation”. It means that goods imported by United Kingdom will be checked according to the Union Customs Code risk-based system, increasing the burocracy and the delivery times for British fashion businesses.

One interesting aspect will be the application of the  rules of origin. They refers to the criteria which determine the national source of a product and are used to decide what tariffs and shipping duties must be applied to a product. Until the end of the year, fashion products which have been sufficiently processed in UK are able to apply the “made in Britain” label even if have been sourced elsewhere[10]. As a result, these  products benefit from a low or zero rate of duties when exported to the EU Member States or even somewhere else thanks to the European preferencial agreements with an enormous amount of countries worldwide. This is not an ignorable aspect considering that the EU countries are the biggest export market for textile and apparel, accounting for almost 75% of UK exports[11]. The fashion industry is undoubtedly one of the most global and any slowing down of the products movements can seriously affect the competitiveness of United Kingdom in the sector. To sum up, the fact that UK will act as a third party means that customs formalities will be imposed on all goods travelling between the UK and the common market, increasing the administrative obligations. Moreover, any goods placed on the market by UK businesses in the EU will need to comply with EU and member States’ rules in respect of certificates of product origin and authorisations, labelling and marking. Not only regarding the goods produced in UK but all the imported products that want to be shipped to the EU market.

Therefore, “as of 1 January 2021, EU businesses wishing to import from or export to the United Kingdom will need to ensure they have an Economic Operators Registration and Identification (EORI) number[12] in order to go through customs formalities. In addition, EORI numbers issued by the United Kingdom will no longer be valid in the Union”. On the other hand, fashion businesses based in the United Kingdom wishing to import into the European Union “will need to receive an EU EORI number […]”, and “Authorised Economic Operators authorisations or other authorisations issued by the United Kingdom will cease to be valid in the Union”[13]. The additional formalities must be paid from someone and it is predictable that it will impact on the price for the final buyer. This can be minimized from the big fashion companies but what about the thousands of small design retails?

At the end of the transition period,  “the originating status of goods traded will have to be demonstrated in order for them to be entitled to preferential treatment under a possible future EU-UK agreement. Goods not meeting origin requirements will be liable to customs duties even if a zero-tariff, zero-quota EU-UK trade agreement is put in place”[14]. As emphasixed by the European Commission, “it is ultimately for businesses and other stakeholders to undertake their own risk assessment and implement their own readiness actions in light of their individual situation” being aware that “no one should underestimate the logistical challenges that will occur as of 1 January 2021, in addition to the legal changes”[15].

[3] Agreement on the withdrawal of the United Kingdom of Great Britain and Northern Ireland from the European Union and the European Atomic Energy Community, OJ L 29, 31.1.2020, p. 7 (‘Withdrawal Agreement’).

[4] Subject to certain exceptions provided for in Article 127 of the Withdrawal Agreement, none of which is relevant in the context of this article

[5] Agreement on the withdrawal of the United Kingdom of Great Britain and Northern Ireland from the European Union and the European Atomic Energy Community (2019/C 384 I/01), Article 41.1.a

[6] In line with Article 132(1) of the Withdrawal Agreement, it would have been possible to extend this transition period once, by up to one or two years by way of a joint decision by the European Union and United Kingdom before 1 July 2020. The United Kingdom refused any such decision, meaning that, by legal automaticity, the transition period will end on 31 December 2020.

[7] HM Government, ‘The Future Relationship with the Union: The UK’s Approach to Negotiations’, 27 February 2020.

[9] European Commission, Communication on readiness at the end of the transition period between the European Union and the United Kingdom (COM(2020) 324 final), page 6

[12] EORI numbers are identification numbers that all businesses and people wishing to trade outside of the EU must use for identification in all customs procedures and formalities and more generally when exchanging information with customs administrations.

[15] European Commission, Communication on readiness at the end of the transition period between the European Union and the United Kingdom (COM(2020) 324 final

Bertelli, Brexit: the impact of a “No Deal” on EU Competition Law, Ius in itinere, https://www.iusinitinere.it/brexit-the-impact-of-a-no-deal-on-eu-competition-law-19284 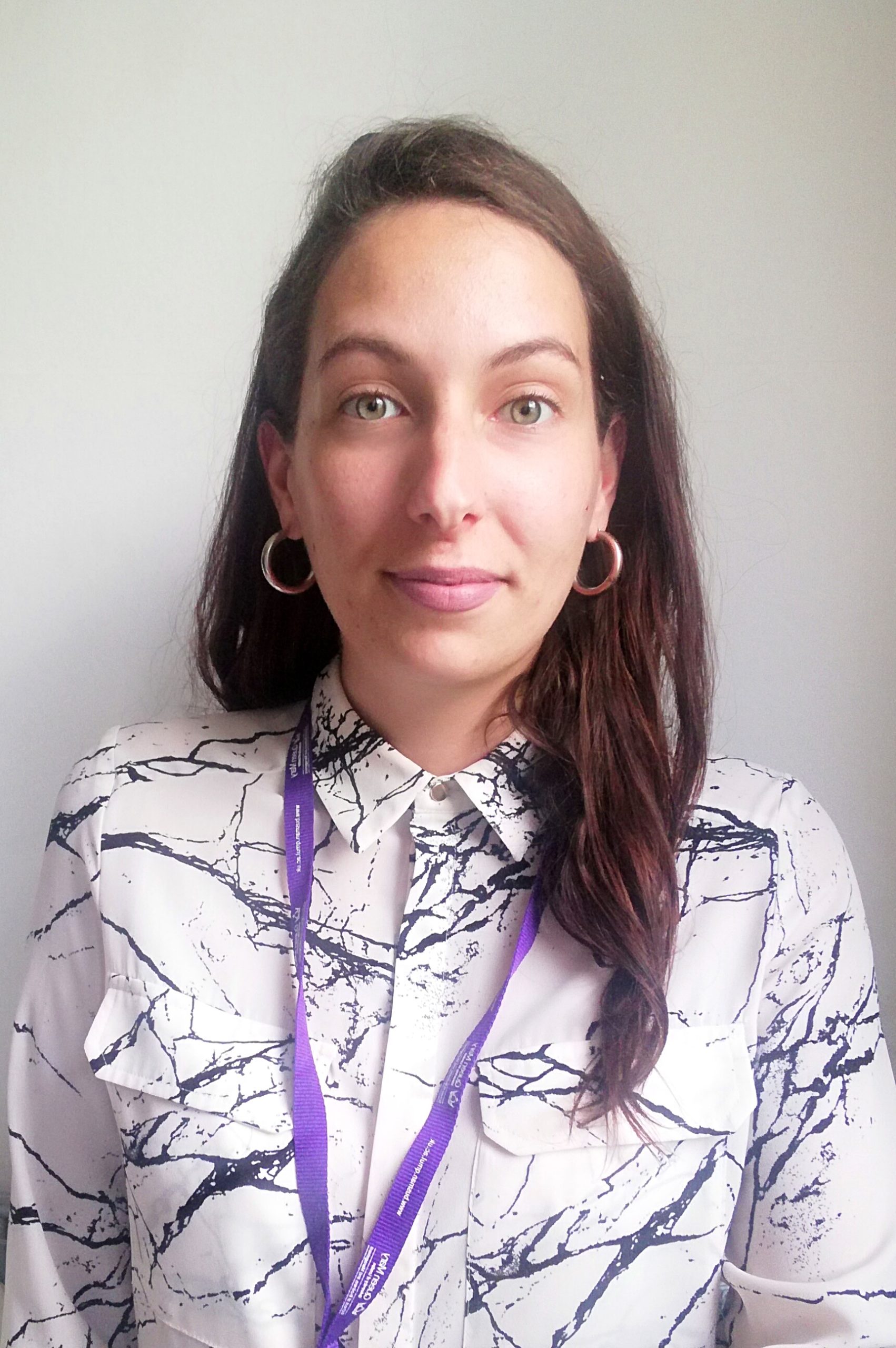