On the 19th of June 2019, Agnes Callamard, the Special Rapporteur on extrajudicial, summary or arbitrary executions at the Office of the United Nations High Commissioner for Human Rights, has called on countries to invoke universal jurisdiction in the Khashoggi case.[i]

Jamal Khashoggi was a Saudi journalist who, since 2017, went into a self-imposed exile in the US. From the US, he had the chance to write a monthly column in The Washington Post, where he criticized the policies of Saudi Arabia’s Prince Mohammed bin Salman. On the 2nd of October 2018, he was strangled and his body was dismembered in Saudi Arabia’s Consulate in Istanbul. Saudi officials have said that the journalist was killed in a “rogue operation” by a team of agents sent to persuade him to return to the Kingdom of Saudi Arabia, while Turkish officials have affirmed that the agents acted on orders from the highest levels of the Saudi government.[ii] On the point, the Report written by the UN Special Rapporteur notes that “from the perspective of international human rights law, State responsibility is not a question of which of the State officials ordered Mr. Khashoggi’s death; whether one or more ordered a kidnapping that was botched and then became an accidental killing; or whether the officers acted on their own initiative or ultra vires”.

The UN investigator, after getting into the case, concluded that “the killing of Mr. Khashoggi constituted an extrajudicial killing for which the State of Saudi Arabia is responsible. His attempted kidnapping would also constitute a violation under international human rights law”. Regarding individual liability, the Special Rapporteur has determined that “there is credible evidence, warranting further investigation of high-level Saudi officials’ individual liability, including the Crown Prince’s”, calling for Saudi Crown Prince to be subject to the sanctions already imposed by some UN Member States against other individuals allegedly involved in the killing.

In the Report of the Special Rapporteur on extrajudicial, summary or arbitrary executions: Investigation into the unlawful death of Mr. Jamal Khashoggi, Ms. Callamard affirms that the killing of Mr. Khashoggi constitutes a violation of a jus cogens norm, a violation of the Vienna Convention on Consular Relations (VCCR), and a violation of the prohibition against the extraterritorial use of force in times of peace. Moreover, she adds that the circumstances of the execution may amount to an act of torture under the Convention Against Torture.[iii] It goes without saying that the Saudi government, which denies the prince was involved, rejected the report.

Following the murder, Saudi Arabia has charged eleven individuals allegedly responsible for Khashoggi’s death. Regarding the investigations, Ms. Callamard has stated that “both the investigations into Khashoggi’s death by Saudi Arabia and Turkey failed to meet international standards”. Still, the trial against the eleven suspects is currently taking place in Saudi Arabia. On this regard, Ms. Callamard has affirmed that the trial should be suspended because it regards an international crime, over which there is universal jurisdiction.[iv]

Saudi Arabia is a signatory of the Convention Against Torture, which Article 1 bans torture “for any reason (…) when such pain or suffering is inflicted by or at the instigation of or with the consent or acquiescence of a public official or other person acting in an official capacity”. Furthermore, under Articles 2, 4, 6, and 7, the State has positive obligations to prevent torture, investigate when violations occur, and punish whoever is involved in the violation. In particular, Article 2 reads: “each State Party shall take effective legislative, administrative, judicial or other measures to prevent acts of torture in any territory under its jurisdiction”.

In this regard, Saudi Arabia had the obligation to define and criminalize torture under its domestic law, to protect from torture in its jurisdiction, and to adequately investigate and punish the individuals responsible of torture. Articles 5, 6, and 7 of the Convention allow criminal prosecution through universal jurisdiction. The International Court of Justice (ICJ) determined that any State Party to the Convention can invoke the responsibility of another State that has allegedly failed to comply with its obligations under the Treaty. Also, Article 14 of the Convention requires each State Party to ensure in its legal system that any victim of an act of torture, regardless of where it occurred, obtains redress and has an enforceable right to fair and adequate compensation, including the means for as full rehabilitation as possible.[vii]

On the other hand, Saudi Arabia has not signed the Optional Protocol to the Convention; therefore, the UN Committee Against Torture only has quasi-judicial authority to review the State and determine whether there was a violation of the Convention.[viii]

As a consequence of the analysis that the nature of the execution of Mr. Khashgoggi amounts to an international crime attracting universal jurisdiction, the Special Rapporteur is calling on States to take the necessary measures to establish their competence to exercise jurisdiction under international law. All States have an obligation to ensure that any persons identified as individually responsible by an independent, impartial and effective investigation into the extrajudicial execution of Jamal Khashoggi are promptly brought to justice.

[vi] Convention against Torture and Other Cruel, Inhuman or Degrading Treatment or Punishment, adopted and opened for signature, ratification and accession by General Assembly Resolution 39/46 of 10 December 1984, entered into force on 26 June 1987. Full text available at: https://www.ohchr.org/en/professionalinterest/pages/cat.aspx

[vii] See Christopher Keith Hall, “The Duty of State Parties to the Convention against Torture to provide procedures to permit victims to recover reparation for torture committed abroad”, EJIL (2007), Vol. 18, No. 5, 921 – 937 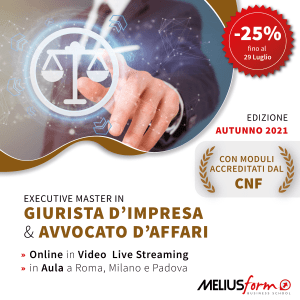